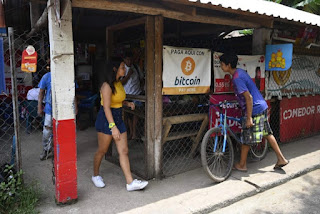 After passing legislation to make Bitcoin a legal tender, El Salvador yesterday officially implemented the cryptocurrency as an official currency in the country alongside the U.S. Dollar. President Nayid Bukele tweeted just before midnight local time, celebrating the occasion as a part of history. Earlier that day, Nayid announced that the country had bought an additional 200 Bitcoins.

Following the adoption, more than 1000 people marched in El Salvador’s capital to protest the adoption of the digital coin as legal tender. Tyres were burned and fireworks were set off in front of the Supreme Court building, causing the government to deploy heavily militarised police. “This is a currency that’s not going to work for pupusa vendors, bus drivers, or shopkeepers,” said a San Salvador protestor. The Bitcoin legislation allow Salvadorans to pay taxes in Bitcoin and conduct business and trade using the digital currency. Additionally, the currency will not be subject to capital gains tax. 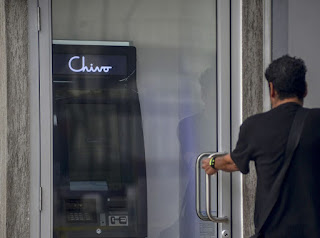 To prepare for the implementation, El Salvador had installed 200 Bitcoin ATMs that would allow its citizens to convert the cryptocurrency into U.S. dollars and withdraw it in cash. The country also developed its own digital wallet called Chivo, which means “cool“, and promised USD$30 (~RM124) for each user. However, when citizens tried to install it yesterday, they found that it was unavailable on the Apple and Huawei app stores. Huawei and Apple later added the app by afternoon, with big chains such as Starbucks and McDonalds announcing that they have started accepting Bitcoin.

That being said, the official digital wallet seemed to not be able to handle the flood of new registrations and was temporarily unplugged. Bukele blamed the overload on the app stores and says that sign-ups will soon re-open. The price of Bitcoin plunged Tuesday morning, from USD$50000 (~RM207900) to USD$43000 (~RM178794), due to the uncertainty and technical issues of the adoption, causing crypto exchanges like Coinbase and Kraken to be overwhelmed with transactions.

In a bold move, Bukele bought another 150 Bitcoins during the price dip, worth around USD$7 million (~RM29.1 million) at the time, increasing the state’s holding to a total of 550. Crypto platform Bitso announced that it would be the official service provider for Chivo moving forward, working with Silvergate Bank – a U.S. federally-regulated and California state-chartered bank – to facilitate transactions in U.S. dollars.

Those who support the move say it will cut the fees Salvadorans abroad pay to send money to their families back home. In 2020, Salvadorans sent home almost USD$6 billion (~RM24.9 billion) from overseas, mostly from the United States. The sum is equivalent to almost a quarter of the country’s gross domestic product. When the legislation was passed, the populist president assured its citizens that the use of Bitcoin would only be optional and said salaries and pensions will continue to be paid in U.S. Dollars.