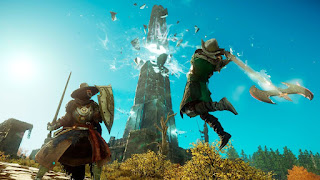 Back in July, reports began cropping up of Amazon’s MMORPG, New World, bricking NVIDIA GeForce RTX 30 series graphics card and more specifically, GeForce RTX 3090 models made by EVGA. The game has since gone live, drawing a massive wave of interest, and while EVGA itself has admitted to its own shoddy manufacturing issues with its RTX 3090s, there are still reports that the game is still causing other GeForce RTX cards to die.

Reports of New World’s ongoing GPU murder spree was picked up by the custom rig company, PowerGPU, who tweeted that many of their customers were emailing them about their GeForce RTX graphics cards that were bricked while playing -you guessed it – New World. In the same tweet, PowerGPU also says that all affected customers clearly never played the beta and it had been anticipating said issues since the issue came about.

The serial killing doesn’t stop there either. WinFuture, the German tech publication, reported that its Gigabyte GeForce RTX 3090 Gaming graphics card also suffered the same fate after playing New World. This was despite the tech site enabling the game’s framerate limiter and the 60 fps limit in the NVIDIA GeForce driver; it says that the fans on the card still spinning furiously at 100% speed, before the display went black and the PC shut down immediately thereafter. There are also reports of the Gigabyte GeForce RTX 3080 Ti Eagle 12G and other RTX 3080 cards that suffered the same fate, too. 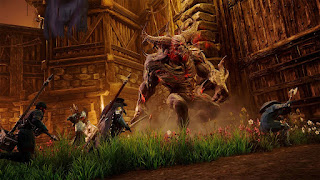 At this point, it’s clear that Amazon’s new MMORPG isn’t just singling out specific brands, but more to the point, it is also clear that the game is a hazard to all high-eng NVIDIA GeForce RTX 30 series graphics cards. So, despite Amazon’s claim that it isn’t the game’s fault, there is little doubt that it actually is. Until an actual fix is available or a full investigation into the issue is made, we strongly suggest that GeForce RTX owners hold off from playing the game.
at October 01, 2021
Email ThisBlogThis!Share to TwitterShare to FacebookShare to Pinterest
Labels: Amazon, GeForce, GraphicsCards, Killing, MMORPG, New, Reportedly, RTX, Still, World