Gungrave GORE Brings A Sequel To The Series In 2022 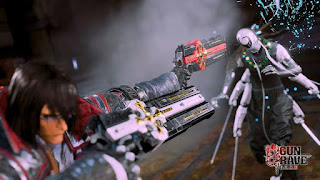 Gungrave was a popular name back in the early 2000s, but faded into obscurity after. The name came back again in 2019, when a trailer for a new sequel appeared. And now, it looks like the game has, at the very least, a release window.

The new trailer has a dark but wacky intro, and shows off a sprinkling of new gameplay footage, but that’s about it. Though as part of that last bit, we see that Bunji Kugashira, a recurring villain in the first two games almost two decades ago, will be playable. Though it doesn’t look like he has a unique moveset, as his attack animations look the same as Grave’s. 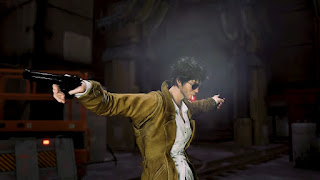 Speaking of which, despite the modern graphics, it looks like Gungrave GORE will have the same kind of gameplay as the original. While it looks like the quintessential gameplay style of the series, it’s bound to rub some people the wrong way, the same way the originals did back in the day.

At any rate, Gungrave GORE is developed by South Korean studio IGGYMOB, and published by Prime Matter of the Embracer Group. It doesn’t yet have a specific release date. Instead, it will be released sometime in 2022, for both generations of both consoles, as well as PC.

at October 01, 2021
Email ThisBlogThis!Share to TwitterShare to FacebookShare to Pinterest
Labels: 2022, A, Brings, GORE, Gungrave, in, Sequel, Series, The, to