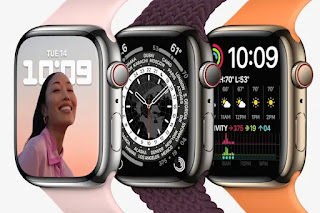 Of all devices that were launched during the California Streaming event last month which also include iPhone 13 Series, iPhone 13 Pro Series, 6th generation iPad mini, and 9th generation iPad, there are still some mysterious elements regarding Apple Watch Series 7. For example, its actual rollout date was not revealed by Apple during the event but that has just changed this evening.

The company has announced that Series 7 will be made available in selected markets starting from 15 October onwards. Interesting enough, more than 50 countries and regions are part of the first-wave markets for the new smartwatch including the usual suspects such as the United States, United Kingdom, Japan, and China. 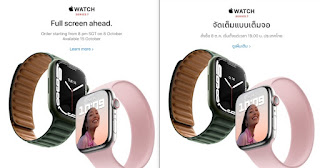 Despite the large group of first-wave markets, it seems that Malaysia is not part of it though as Apple Malaysia’s website still listed the Series 7’s availability as “later this year” at the time this article is published. As a comparison, Apple websites for Singapore and Thailand have noted that customers will be able to order Series 7 through them starting from 8 October.

On another hand, Series 7 is not listed on Apple’s websites for Indonesia and Vietnam. We are now reaching out to Apple to find out more about the watch’s availability in Malaysia and will keep you posted once we receive further updates.