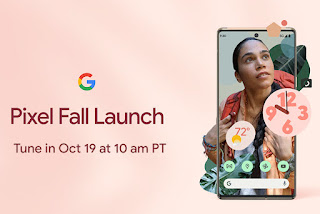 Google has just announced the date for the official launch of the long-awaited Pixel 6 phones. Scheduled to take place on 19 October, we should finally be able to know more details about Pixel 6 and Pixel 6 Pro including specs and pricing.

The tech giant unveiled some features of the lineup back in August, such as high refresh rate displays and the use of Google’s mysterious custom Tensor chip, which we expect to find out more about during the launch.  While the details under the hood have been mostly kept under wrap, Google already started airing ads and displaying the phones for public viewing at its physical store in New York City. 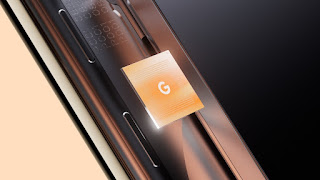 At the moment, we are already aware that both phones will feature an in-display fingerprint sensor with the base Pixel 6 lacking the Pro variant’s telephoto lens and 120Hz display. We still don’t know how big the sensors are going to be though but a string of code in Google’s Camera app suggest that the Pixel 6 may be using the 50MP Samsung GN1 sensor for its main shooter.

The launch could also potentially announce the official rollout for Android 12 on Pixel devices. Google released the stable update to the Android Open Source Project earlier this week but said that Pixel phones will only be getting it “in the next few weeks”.

As per most tech events for the past two years, the Pixel Fall Launch will take place virtually on 20 October at 1:00 AM Malaysian time. Stay tuned for more updates as we will keep you posted with all the details from the event next week.
at October 06, 2021
Email ThisBlogThis!Share to TwitterShare to FacebookShare to Pinterest
Labels: 19, and, Google, launching, October, Officially, on, Pixel6, Pro