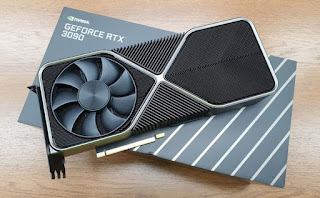 Back in September, a leak sprung forth from NVIDIA’s rusty pipes, alleging that the GPU brand was already preparing to launch a “SUPER” class lineup of Ampere-powered GeForce RTX 30 series graphics cards. Recently, a new rumour is hinting that NVIDIA could launch its RTX 3090 SUPER as early as January next year, along with a couple of other cards.

Rumours of NVIDIA’s alleged launch plans first came to light via a Tweet from user hongxing2020 (@hongxing2020), who claims that the RTX 3090 SUPER, which is obviously an updated model of the current RTX 3090, will be the first card of the SUPER lineup to be announced next year. In addition to that, hongxing2020 also claims that NVIDIA will launch two more cards: an RTX 3070 Ti with 16GB GDDR6X memory and a resurrected RTX 2060 from the Turing era, but one with 12GB GDDR6 memory.

Stating the obvious yet again, the RTX 3070 Ti 16GB is clearly expected to be placed above the current RTX 3070 Ti, seeing how it has double the graphics memory. As for the 12GB variant of the RTX 2060: if the tweet rings true, then it serves as a confirmation of a rumour that first made its way online at the start of the year.

Of course, as with all rumours and leaks, we do suggest that you take hongxing2020’s tweet with a liberal sprinkling of salt, especially since it is missing the more important information pertaining to the other SUPER cards, including the RTX 3080 SUPER and RTX 3060 SUPER.

at October 06, 2021
Email ThisBlogThis!Share to TwitterShare to FacebookShare to Pinterest
Labels: 2022, GeForce, in, January, Launch, NVIDIA, RTX3090, Rumoured, Super, to