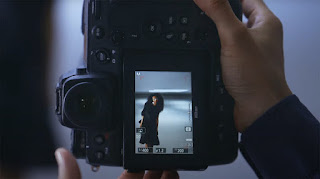 Nikon has released a 30-second teaser video featuring its upcoming Z9 flagship camera. While it didn’t reveal much regarding the new camera, the video did highlight one feature that is exclusive to the product: a unique vari-angle rear LCD screen that is unlike those featured on most current generation mirrorless cameras.

Seen from the video, the Nikon Z9’s rear LCD can be tilted out to face the photographer at any horizontal or vertical angles without needing to be flipped out ala the more traditional vari-angle approaches. As pointed out by Petapixel, this new mechanism used by Nikon may be similar to the one featured on the Pentax K-1’s Flex-Tilt LCD screen, which functions somewhat similarly. Nevertheless, both methods are more straightforward when compared to regular vari-angles, and there’s no denying their usefulness – especially when shooting photos at difficult angles.

As for the camera itself, Nikon previously confirmed that the Z9 will come with a stacked CMOS sensor, a new first-party image processor, and the ability to record video at up to 8K resolution. And based on the photo included together with the camera’s first announcement in March, it will feature an integrated battery grip body that allows you to easily shoot in both horizontal or vertical orientations. Unofficial sources, on the other hand, suggest that the camera will feature either a 46MP, 50MP or a 60MP sensor, and an ISO range of 64 – 25,600, among other things. 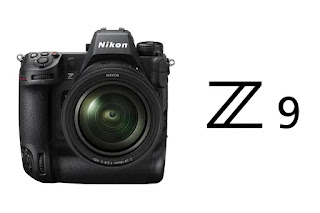 Yet again, the company did not mention when the new Z9 flagship mirrorless camera is expected to launch. As previously reported, Nikon-specialised publication NikonRumors believes that the product will be fully unveiled officially later in fall this year.