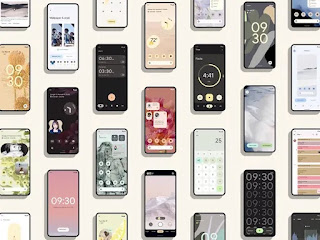 Samsung has added its own wallpaper-based colour themes in the second One UI 4.0 beta with support for the “Dynamic Color” feature on Android 12’s Material You design. The Beta 2 release makes Samsung’s One UI the first third-party Android skin to adopt it, with OPPO’s and OnePlus’ recent betas lacking the prominent component of Android 12.

Dynamic Color uses AI to customise and determine your phone’s colour palette based on your chosen wallpaper. The generated accent is applied to various parts of the OS, including the settings, lockscreen, and other nooks and crannies. 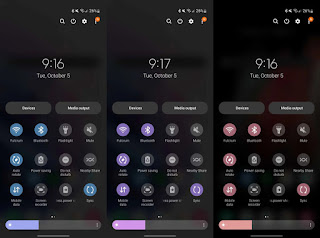 Samsung’s Android 12 beta programme requires opting in through the Samsung Members app, and is currently only available for the Galaxy S21 series. To try this out, make sure you have the latest beta and then click on “Color Theme” in the “Wallpaper” settings.

Material You’s colour themes still don’t have that much support when it comes to third-party apps, with native Google apps such as Photos having just adopted the design language. 9to5google says that apps that support Dynamic Color still don’t work with Samsung’s version. 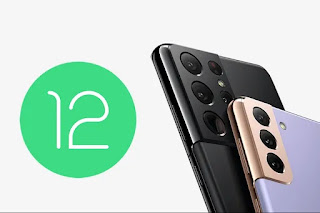 Google is quite late with this year’s software release as Android 12 has still not even been pushed out to Pixel phones yet despite already being released on the Android Open Source Project. With the Pixel 6 launching soon, only time will tell who will be the first to roll out a stable Android 12 update to consumers.
at October 06, 2021
Email ThisBlogThis!Share to TwitterShare to FacebookShare to Pinterest
Labels: 12Beta, Adds, Android, in, Latest, Samsung, Themes, Wallpaper-Based