Someone Switched An iPhone Lightning Connector To USB-C 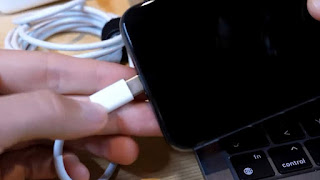 Phones of today have mostly adopted the increasingly universal, no pun intended, USB-C port. The iPhone is still the exception, despite so many previous reports of this changing. Someone probably had seen enough of such reports without any of them actually happening, and decided to do it himself.

The person in question is a Swiss Robotics Masters student Ken Pillonel. There have been two major attempts. The first was a rough prototype all the way back in May which had most of the modification sitting outside the iPhone. More recently, he has managed to squeeze all the changes into the phone itself, and the port can be used for both charging and data transfer.

While he never identified the specific iPhone that he is modifying, the process involved reverse-engineering a C94 Lightning connector. That and making his own PCB for the USB-C port. Pillonel has put up a short video showing it in action. And it’s very well done, as it looks very natural, despite the fact that it has a port that an iPhone shouldn’t have.

Pillonel also says that a longer video breaking down the process is on the way. But in the meantime, you can watch the short preview which Pillonel has posted on his YouTube channel.

at October 27, 2021
Email ThisBlogThis!Share to TwitterShare to FacebookShare to Pinterest
Labels: an, Connector, Iphone, Lightning, Someone, Switched, to, USB-C