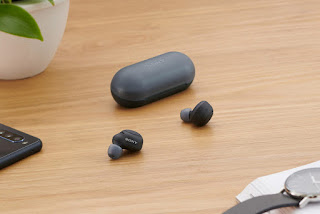 Sony has introduced two new devices to its list of audio products, with the WF-C500 true wireless headphones and the WH-XV910N overhead wireless headphones. While the company refers to the former as such, the device is actually a pair of TWS earbuds. In order to avoid any confusion (especially between the two), we will be referring to the WF-C500 as earbuds from now on.

Let’s start with the Sony WF-C500. The new product is intended to be one of the brand’s more affordable offerings from its earbuds category. While it lacks advanced features such as active noise cancelling (ANC) and touch-based controls, the WF-C500 does come with AAC support, Bluetooth 5.0 connectivity, Android Fast Pair and Windows Swift Pair support, as well as IPX4 water resistance. As for colour options, Sony is offering the new device in orange, green, white, and black. 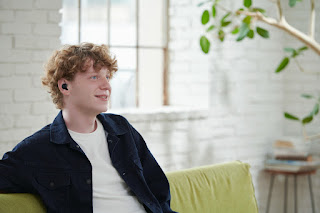 Under its hood are 5.8mm audio drivers with a frequency range of 20Hz to 20,000Hz, and DSEE audio enhancements. Typical of any current day earbuds, the WF-C500 also comes with microphones for your voice calling needs. Battery-wise, Sony claims that the device is able to last 10 hours of audio playback and five hours of communication time on a single charge. The included charging case provides it an additional 10 hours of usage, and will take two and a half hours of charging via USB-C to max out its capacity. 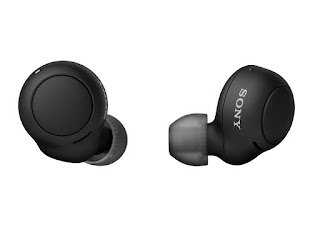 Next up is the WH-XB910N wireless overhead headphones. Part of Sony’s Extra Bass line-up, it is equipped with 40mm drivers with sound and digital noise cancelling technology, as well as DSEE enhancements. The new headphones can be used wirelessly via Bluetooth 5.2 or through a wired connection, thanks to its onboard 3.5mm jack and included cable. The WH-XB910N arrives in blue and black colour options. 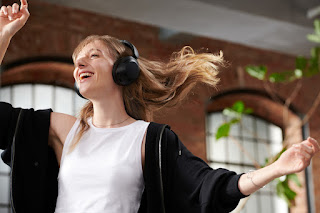 Like Sony’s high-end WH-1000XM4 headphones, it also comes with touch-based controls on its right earcup for playback, volume adjustment, answering calls, and activating/deactivating the onboard noise cancelling. Also featured on the device is Ambient Mode that lets you hear your surroundings while listening to music or making calls, and then there’s Quick Attention Mode that picks up nearby voices or announcements.

The WH-XB910N is claimed to last up to 30 hours with noise cancelling on and 50 hours with the feature switched off. Charging-wise, Sony says it would take 3.5 hours for the headphones to get a full top-up via USB-C. 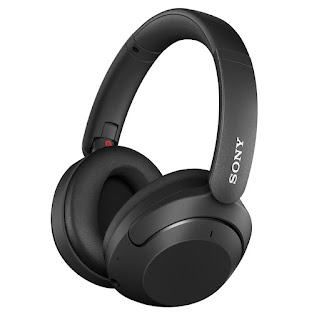 The new WF-C500 and WH-XB910N are priced at RM449 and RM799, respectively. As for their local availability, Sony says Malaysia will receive the earbuds on 18 October onwards, while the headphones are expected to arrive later in November.