New USB-C 2.1 Revision Appears; Capable Of Delivering Up To 240W 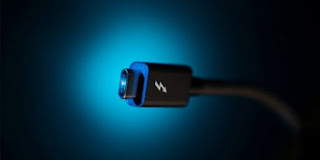 The USB-C medium has been both the default and industry standard for a long while. While known for its ultra-fast file transfer speeds, it’s also known for its ability to conduct power delivery simultaneously, albeit at varying power levels between 60W and 120W. Now it appears that the power delivery ceiling will soon increase to 240W, based on a new USB-C 2.1 revision.

According to the paper published by the USB organisation, a new USB-C 2.1 port would support up to 48V at 5A, effectively giving users a peak wattage of 240W. For comparison, current USB-C connectors are only able to deliver wattage as high as 120W, due to them only supporting 20V at 5A.

This increase in power delivery also means that pretty soon, gamers with powerful gaming laptops may be able to ditch the machine’s accompanying power bricks and simply allow their portable machines to be charged and completely powered by a single USB-C cable, including more heavy-duty and demanding activities, such as gaming. As it stands, gaming laptops such as the ASUS ROG Zephyrus G14, Zephyrus G15, and as well as the Razer Blade Stealth 13 already support 100W USB-C charging, on top of their dedicated power adapters. Of course, it goes without saying that the new cables will also new Extended Power Range (EPR) cable, and not just the Standard Power Range (SPR) cables that we have. 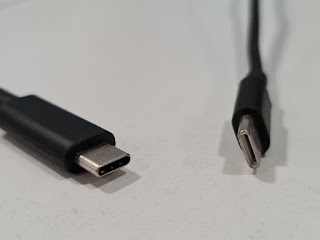 Sadly, there’s no indication when the new USB-C 2.1 revision will physically be available but hopefully, it’ll be soon.
at October 01, 2021
Email ThisBlogThis!Share to TwitterShare to FacebookShare to Pinterest
Labels: 240W, Appears, Capable, Delivering, New, of, Revision, to, up, USB-C 2.1