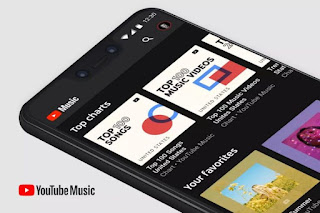 The background playback ability that was introduced on YouTube Music sometime back as a Premium-only feature will soon be made available to all users. However, it will take a while until you’ll be able to use it though, as the Google-owned streaming service announced that the feature will only be rolled out later in November – with Canada being the first region to receive it.

If you’re unfamiliar with the feature, background playback basically allows you to continue streaming audio from YouTube Music even when it is minimised in the, well, background. This is useful in situations where you wish to multitask on other applications while also tuning in to music from the app.

However, as we’ve mentioned earlier, the feature (as well as its video counterpart) is exclusive to those paying for a monthly subscription with the platform. For non-paying users, locking the background playback ability behind a paywall is baffling, especially considering that Spotify, YouTube Music’s closest rival, has allowed both its free and paying users to play music while its mobile app is minimised for quite some time now.

Thankfully, this will no longer be considered a limitation for free YouTube Music users once November arrives. The platform did not mention when those outside of Canada can expect the feature to be rolled out in their respective regions.