AMD RAMP Technology For DDR5 Could Give Intel XMP 3.0 Run For Its Money 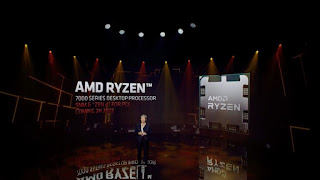 Intel may have taken the lead on the DDR5 memory frontier with the launch of its 12th generation Alder Lake CPUs, but that may change once AMD’s Socket AM5, 600 series motherboards, and Ryzen 7000 series CPUs launch later this year. This includes the launch of its Ryzen Accelerated Memory Profile, or RAMP for short.

RAMP is expected to succeed AMD’s A-XMP that currently serves as the default memory-overclocking software for all DDR4-based chipsets right now. RAMP was first listed on HWInfo’s v7.17 beta release notes, in which it says the technology had been added as preliminary support to the software. More to the point, it is highly likely that the software was created by AMD as a response and direct rival to Intel’s 3rd generation Extreme Memory Profile (XMP 3.0) memory overclocking profile when, once again, its Ryzen 7000 “Raphael” CPU series makes it to market.

While brief in its presentation and announcement, AMD’s Socket AM5 is set to be a new milestone for the chipmaker, in more ways than one. Its arrival will mark the second time the tech brand will drop the Pin Grid Array (PGA) CPU layout in favour of the Land Grid Array (LGA) format, the first time it adopted the format having started with its Ryzen Threadripper HEDT CPU lineup. Specifically, the new Socket AM5 will also be based on a new LGA1718 design, as well as be the first AMD chipset to support the DDR5 memory standard PCIe Gen5 standard.

At the time of writing, there is no further information about RAMP but if AMD were to maintain the status quo, the new memory technology could mean that currently existing XMP DDR5 memory will also be compatible with it. At the same time, AMD might just allow manufacturers to make RAM modules that cater to their technology, exclusively. Having said that, do remember that this is all just speculation and as such, do take this news with a grain of salt.

at January 16, 2022
Email ThisBlogThis!Share to TwitterShare to FacebookShare to Pinterest
Labels: 3.0, AMD, Could, DDR5, for, give, Intel, its, money, RAMP, Run, Technology, XMP