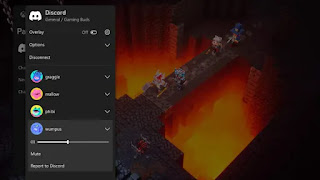 Discord has announced that local and cross-platform voice chat is finally coming to Microsoft gaming consoles, namely the Xbox Series X/S and Xbox One. Though not widely rolled out just yet, the feature is now available to testers under the Xbox Insiders program.

At its current state, the platform only offers limited functionalities on Xbox consoles – with its key feature, voice chats, missing entirely. One way to remedy this is by initiating or joining calls via the Discord app on your smartphone, but that also means you’ll be relying on multiple audio sources for the session – one for game audio and another for tuning in to voice chats, which is doable but not too practical.

The upcoming Discord voice call functionality that’s coming to the console, however, is not as straightforward as most users would’ve hoped. The long and short of it, this new ability is somewhat an improvement to the solution we’ve mentioned above, sans the need for an extra audio source for the experience. You are required to have the Xbox mobile app installed on your smartphone though, as it will be the platform that bridges Discord’s voice chat to your Xbox console.

First, you need to connect your Discord and Xbox accounts on both the former and latter’s apps. Even if you’ve already done so in the past, Discord notes that you’ll have to relink them again when this new feature is available. Once that’s done, initiate or join a call via the Discord app and tap “transfer to Xbox.” Activating this will then automatically bring up the Xbox app, where you’re required to confirm the process. 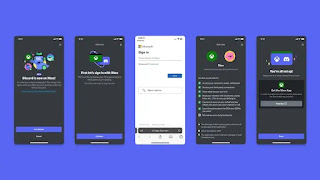 From here, both input and output for voice chats are handled directly by your Xbox console, provided that the device and your smartphone are connected to the internet. The platform adds that you can transfer calls from desktop or web clients to your Xbox console as well.

“While you are playing on your console, you will be able to see who is on the call and speaking,” explains Xbox principal program manager Eric Voreis via an official news release. “You’ll also be able to adjust the sound, and switch between Discord Voice and Xbox game chat.” 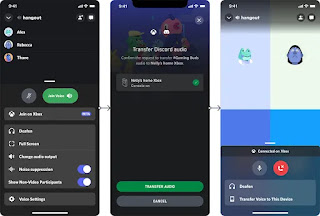 Both Microsoft and Discord say the new voice chat feature will expand to more testers in the coming weeks. Seeing that the former’s testing period often spans a couple of weeks to even months, it might take a while for it to be widely available to all Xbox users.
at July 25, 2022
Email ThisBlogThis!Share to TwitterShare to FacebookShare to Pinterest
Labels: Chat, coming, Consoles, Discord’s, Finally, Function, to, Voice, Xbox