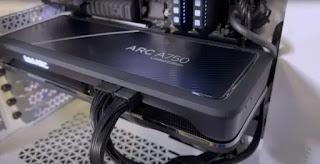 A couple of weeks ago, Intel officially launched a new website, dedicated towards the latest information pertaining to all news about its ARC GPUs, and along with it, a brief glimpse of the mid-range A750. This week, the latest video revolves around the same card, this time being used to run another game, Death Stranding.

As usual, the short technical demonstration was hosted by none other than Ryan Shrout, Intel Fellow and member of the ARC Graphics Marketing team. In this new video, the A750 is being shown running the Hideo Kojima Production title, along with multiple Intel-focused features turned on as well. Chief among these features being showcased is Variable Refresh Rate (VRR) and HDR.

On a sidenote, it is worth noting that the new video doesn’t include a comparison chart between the A750 and NVIDIA GeForce RTX 3060, but the video clearly wasn’t to demonstrate the card’s prowess in other games. Rather, the new video was made to inform consumers how the graphics cards, and all other ARC cards after it, will support any monitor with VRR.

Oh, and the monitor Shrout was using is an Ultra-wide QHD monitor (3440 x 1440), that in turn is also an HDR-capable display.

As you would expect, the demonstration pretty showed the A750 running Death Stranding without any hiccups, thanks in no small part to the VRR feature. As for the HDR portion of the showcase, it was a little difficult to showcase how the feature worked on the camera, but Shrout and his “HDR tester” assured viewers that the feature was definitely working. 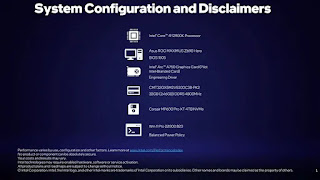 Lastly, Shrout explained that all Intel ARC GPUs, including the A750 would definitely support HDMI 2.1, including the Limited Edition cards. However, the chipmaker will be giving OEMs the free hand in integrating the Protocol Converters (PCONs), which could lead to some ARC GPUs supporting HDMI 2.1 only.

Unfortunately, the video did not contain any details regarding the A750’s specification, nor does it provide an official release date about for the card, or any other ARC GPU, for that matter.