Intel Confirms ARC A770, A750 As Scavenger Hunt Prizes 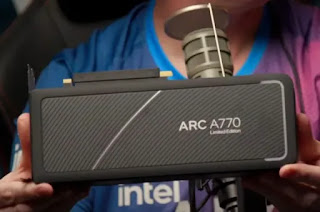 Remember when Intel quietly kicked off a “special” Scavenger Hunt event last year, where 300 lucky winners would be rewarded with one of the chipmaker’s latest ARC Alchemist graphics card, as and when they become available? Well, it’s been close to a year now, and the brand recently confirmed what those 300 cards were: the ARC A770 and A750 Limited Editions.

As a quick recap, the Scavenger Hunt that occurred in October last year happened for just a few weeks and was part of Intel’s effort in hyping up interest for its ARC GPUs, which was just known as Xe HPG back then. The rules were more or less straightforward: participants would have to answer a series of questions, with each correct answer earning them points. Simply put, the more points players had, the greater the likelihood of them becoming the winner.

Intel’s confirmation comes less than a week after the A770 Limited Edition itself was shown off in its full glory at the headquarters of popular TechTuber, Linus Sebastian, via the official Linus Tech Tips channel. Specs-wise, there still isn’t much to say about the GPU officially, but it is likely to be using a full-fat ACM-G10 GPU, along with 32 Xe-Cores and as much as 16GB GDDR6 graphics memory.

As for its performance, the top-tier Intel card was able to run “Tier 1” titles like Cyberpunk 2077 and F1 2021 at 1440p (2560 x 1440) resolution at relatively high framerates, although that was explained to be due to the fact that Intel’s ARC team had targetted the new API standards hard, in order to make it run as smooth as it did. 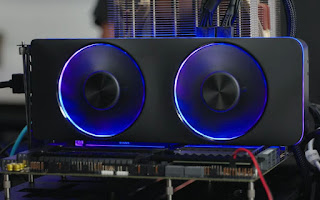 Unfortunately, there still isn’t much to say about the performance of the Intel A750 Limited Edition, beyond the official video of the card’s performance, which again, has since been made private.

For that matter, there’s still no official pricing for both the ARC A770 Limited Edition or A750 Limited Edition, although Intel’s Tom Petersen did say that it plans on offering “killing” prices that will make its competitors rethink their own pricing strategy.

at July 25, 2022
Email ThisBlogThis!Share to TwitterShare to FacebookShare to Pinterest
Labels: A750, ARCA770, As, Confirms, Hunt, Intel, Prizes, Scavenger