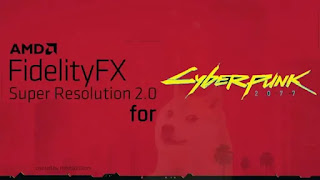 AMD’s 2nd generation FidelityFX Super Resolution (FSR 2.0) has been available to the masses for several months now and compared to its predecessor, it’s a world of improvement. But while the technology is being fielded in a handful of AAA titles, the one game that hasn’t been updated to support it (yet) is Cyberpunk 2077. Impatient with its developer to bring it up to date, one modder has taken the initiative and made a mod for it.

The modder, who goes by the handle PotatoOfDoom1337, posted their FSR 2.0 mod for the game on the NexusMods forums, along with files and instructions on how to use it. As with all mods, PotatoOfDoom1337 also warns that the mod is still a “proof of concept” and that anyone who chooses to test it out should, and will, expect bugs. 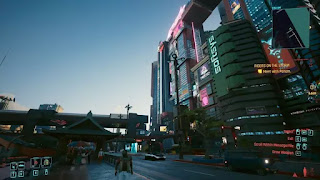 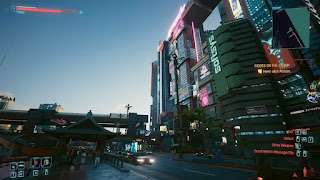 AMD-FSR-2.0
As for the game’s performance running with FSR 2.0, PotatoOfDoom1337 says that they ran the game at 4K upscaled on an NVIDIA GeForce GTX 1080, in which the mod doubled the average frame count to 45 fps. On that note, a YouTuber by the name of MxBenchmarkPC also made a video comparison between FSR 1.0 and FSR 2.0, albeit with an RTX 3080 and Intel Core i7-10700F.
Once again, this FSR 2.0 workaround is a mod and not an official fixture for the game. That itself is something that has to be done from CD Projekt Red’s (CDPR) end which, at this time, the developer hasn’t said if and when it plans on adding the new upscaling algorithm available.
at July 20, 2022
Email ThisBlogThis!Share to TwitterShare to FacebookShare to Pinterest
Labels: AMD, Creates, Cyberpunk2077, for, FSR2.0, Mod, Modder, Successfully