Public Bank — the stock that made many millionaire 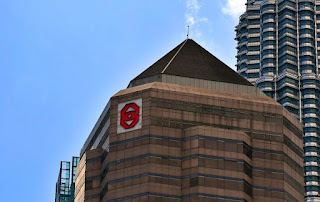 Public Bank Bhd, Malaysia's second largest listed banking group by market capitalisation and the third largest by assets, has been a worthwhile investment for many who stayed on as its shareholders over the years.Founded by the late Tan Sri Dr Teh Hong Piow, the bank, whose first branch was opened in 1966 in Jalan Gereja here, was listed on Bursa Malaysia in 1967. Since then, it has grown from strength to strength, with a total of 293 domestic branches, 150 overseas branches, and a staff force of over 19,000 people, with presence in markets such as China, Hong Kong, Cambodia, Vietnam, Laos and Sri Lanka.Known for its strong financial performance, consistent prudent management, as well as generosity to performing staff, the bank's market capitalisation hit a record high of RM98.3 billion in August 2018. At its Tuesday (Dec 13) close of RM4.39 per share, the bank's market cap stood at RM85.21 billion.Just from the year 2000 — when Public Bank was trading at an adjusted price of 72 sen — the stock has climbed 510%, representing a compound annual growth rate of an impressive 8.56% in the last 22 years. Comparatively, Malaysia's retirement savings fund, the Employees Provident Fund, provided annual returns of between 4.25% and 6.9% in the same period.An investor who bought into the company at the time and followed through with just one rights issue in 2014 would have enjoyed capital gains of a whopping 2,998%, even without reinvesting the healthy dividends obtained into the company.Consider one who invested RM72,000 (adjusted) in 100,000 shares of Public Bank at the start of 2000. The same investor needed to only spend another RM10,600 to fully subscribe to a one-for-10 rights issue entitlement in 2014, totalling an investment cost of RM82,600. The value of that investment would have ballooned to RM2.56 million by now.

That means this investor would have enjoyed capital gains that amounted to RM2.48 million or 2,998% — not including dividends — based on the stock's Tuesday closing price of RM4.39 per share.The huge gains are thanks to Public Bank's penchant for rewarding bonus issues to shareholders, which greatly compounded the gains from the share price appreciation. While many companies boast about making bonus issuances to reward shareholders, Public Bank represents a case study of how shareholders can really be rewarded when such issuances are done right.Between 2000 and 2022, Public Bank made four bonus share issuances — in 2001, 2002, 2003 and 2021 — and distributed stock dividends twice, once in 2009 and then in 2010.Coupled with a two-to-one share consolidation back in 2004 and the rights issue in 2014, the 100,000 shares that the aforementioned investor acquired in 2000 would have multiplied to 583,000 shares presently, or an increase of 483%.Besides the capital gains from the increase in share price, cumulative dividends for the said investor in the past 22 years, compounded by the increase in number of shares held, amounted to over a million ringgit. Should this amount be reinvested into the company, the investor would certainly have made way more returns.Public Bank's ability in rewarding its loyal shareholders beats that of many other companies on Bursa Malaysia. Will there be more companies listed on the local bourse that will be able to provide similarly handsome returns to shareholders in the future?
at December 14, 2022
Email ThisBlogThis!Share to TwitterShare to FacebookShare to Pinterest
Labels: Made, Many, millionaire, PublicBank, stock, That, The