Could This Be The First Look At Apple Store TRX? 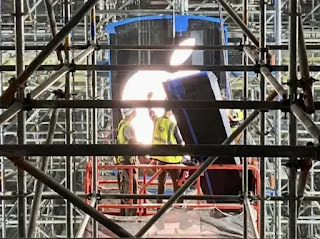 There are five Apple Stores in Southeast Asia with three of them being in Singapore and two in Bangkok, Thailand. It goes without saying that Apple users felt a little bit left out and it has been rumoured for quite some time that an Apple Store will be opened in the Tun Razak Exchange (TRX) at Jalan Tun Razak, Kuala Lumpur.

According to the last major update regarding the rumour last April, it was estimated that Apple Store TRX could be opening its doors in 2022. As the year is going to end in less than three weeks with The Exchange TRX is not exactly ready for the public just yet, you can generally take that estimation out of the equation. 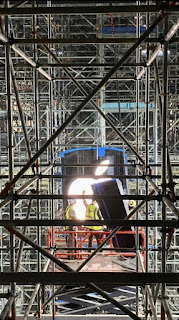 But, not the rumour itself though. As shown above, this particular image which claimed to be the first glimpse of Apple Store TRX has made its way to the Klang Valley Shopping Malls thread on the Skyscraper City forum. Unfortunately, the image has since been deleted although it has since spread like a wildfire.

The deletion may have strengthened its authenticity but it is still rather hard to verify whether the image was really taken at TRX since we were not able to see the view outside the scaffoldings. The resolution of the image is also not high enough for us to zoom in to check the logo on the safety jackets worn by the workers.

Naturally, we have also tried reverse search the image but didn’t receive any good results. So, do take this image with a grain of salt, if you must. 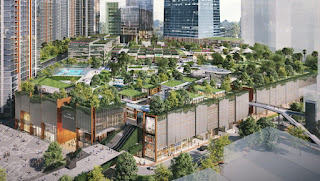 Meanwhile, the Project Director for The Exchange TRX, Mitch Wilson has recently stated that the area is currently scheduled to be open sometime in Q4 2023. The statement also noted that there will be more than 400 stores and 100 dining outlets throughout its four retail levels.

He also revealed some of the confirmed tenants which include Golden Screen Cinemas (GSC), a Seibu department store, and a supermarket by Hong Kong’s Dairy Farm Group. The Exchange TRX will also feature a 10-acre public park on its rooftop.

at December 14, 2022
Email ThisBlogThis!Share to TwitterShare to FacebookShare to Pinterest
Labels: Apple, At, Be, Could, First, Look, store, The, This, TRX?