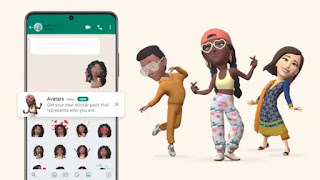 A glimpse of it was first noticed by the biggest WhatsApp-centric site in the world, WABetaInfo back in June. Fast forward to October, certain beta testers of WhatsApp for Android version 2.22.23.9 have informed the site that they were finally able to set up their own avatar.

Once a user has configured his or her own WhatsApp avatar, the app will then create a pack of 36 custom stickers that are based on that very avatar. These stickers conveyed various actions and emotions that the user can utilize when they communicate with others on WhatsApp. 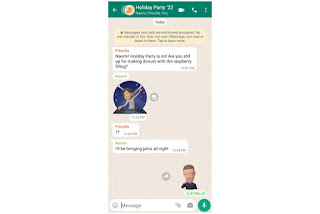 As for its availability, WhatsApp said that it is being rolled out to users all over the globe starting today onwards. Since there is no exact timeline, the only way for you to know you are already able to create an avatar for your WhatsApp account is the appearance of the Avatar option inside the Settings section of the app.

Meta has already dabbled with this particular feature for Facebook and Messenger a few years ago. First launched in 2019, Facebook Avatars eventually made its way to Malaysia in September 2020 and it seemed rather natural that the company decided to implement a similar feature for WhatsApp as well.

at December 14, 2022
Email ThisBlogThis!Share to TwitterShare to FacebookShare to Pinterest
Labels: Avatar, is, Now, Official, Whatsapp