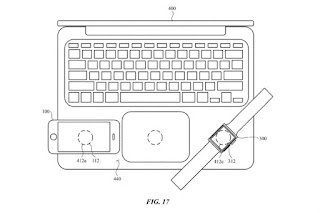 The Apple AirPower charging mat has ultimately failed to materialise. That being said, the company has not given up on the idea of wireless charging. We can see this with the introduction of the MagSafe charger instead. But new patents show that the company may want its own MacBooks and iPads to fill the role.
Specifically, the company was granted two patents that describe essentially the very same thing. And that’s the possibility for a MacBook or an iPad to not only be charged wirelessly, but to do the same for an iPhone and Apple Watch. 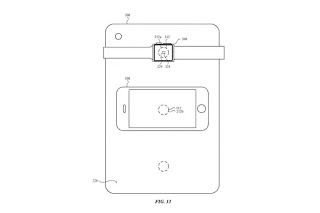 Part of the patent describes doing so to cut down the number of power adapters needed to charge them all. The company also mentions having standardised connectors and cables. Which is also great news, except that the iPhone clearly still uses the Lightning cable.

While the convenience described in the patent sounds nice to have, it remains to be seen if Apple will ultimately implement the tech. The alternative currently, at least if you have a MacBook Pro, is to use it to charge your other devices with cables. But doing so will naturally rob you of all the laptop’s USB ports.