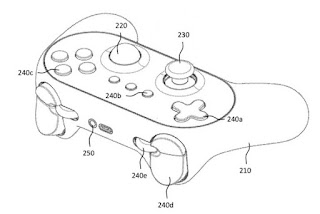 Nvidia isn’t normally a name that you’d associate with game controllers. But the company has a patent that claims to address the lack of precision with a controller’s analogue stick. Specifically, it looks to combine the precision of a mouse and the “velocity control” of a stick.
The Nvidia patent replaces the right analogue stick of a controller with a touch-based stand-in for a trackball. The company claims that this gives the controller the “absolute accuracy and precise positioning” of a mouse.
But because the trackball is actually touch-based rather than an actual track ball, when you lift your thumb, it resets the position of the trackball. This is similar to the way an analogue stick snaps back to the centre when you lift your thumb. This allows it to retain the aforementioned “velocity control” of the analogue stick. 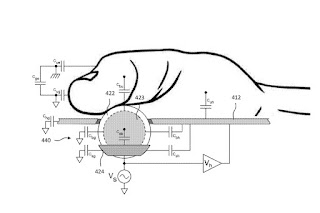 This Nvidia patent does make a lot of sense. After all, some games are better experienced with a controller, while others with keyboard and mouse. This serves as a supposed best of both worlds, especially for the console scene. That being said, it definitely won’t be replacing the KBM setup. It also remains to be seen if this is something that will actually be sold, or just another patent filing.