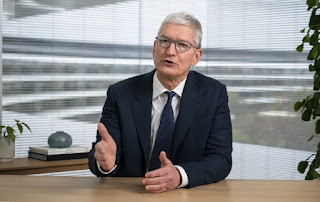 Two of the world’s biggest names in tech are openly clashing with each other. Apple CEO Tim Cook made veiled but obvious digs at Facebook in a streamed speech about data privacy yesterday. Facebook has publicly lambasted Apple over an upcoming privacy update on the latter’s iOS platform. Cook seems to have escalated the feud by highlighting the social media giant’s complicity in spreading misinformation.
“What are the consequences of prioritizing conspiracy theories and violent incitement simply because of their high rates of engagement? What are the consequences of not just tolerating, but rewarding content that undermines public trust in life-saving vaccinations? What are the consequences of seeing thousands of users join extremist groups, and then perpetuating an algorithm that recommends even more?” Cook said.
He declared, “It is long past time to stop pretending that this approach doesn’t come with a cost — of polarization, of lost trust and, yes, of violence. A social dilemma cannot be allowed to become a social catastrophe.” 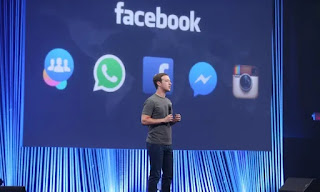 As CNET noted, “social dilemma” is likely a reference to The Social Dilemma – a 2020 Netflix documentary that’s critical of social media companies including Facebook.

Cook knowingly stepped on an extremely touchy topic for Facebook – whether the platform is being used to spread extremism and fake news (as its many critics argue). It’s an especially salient question after the deadly US Capitol riots on 6 January – the direct result of conspiracy theories (some pushed by a former US president) alleging that the 2020 US presidential election was rigged.

Facebook arguably may have invited this sort of pushback when it stridently campaigned against Apple’s new privacy changes. The social media firm even bought full-page newspaper ads against Apple, claiming that Apple was giving the shaft to “small businesses.” Clearly, Cook and his team took it to heart. 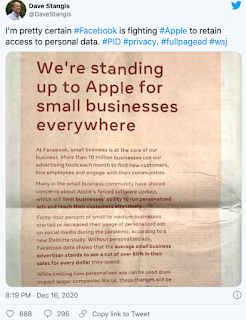 At the core of the issue is Apple’s new rule requiring that all apps on iOS explicitly obtain a user’s permission before tracking their data. Facebook said the rule would seriously interfere with the way it does advertising. But Apple isn’t budging.

“Technology does not need vast troves of personal data, stitched together across dozens of websites and apps, in order to succeed. Advertising existed and thrived for decades without it. And we’re here today because the path of least resistance is rarely the path of wisdom.

If a business is built on misleading users, on data exploitation, on choices that are no choices at all, then it does not deserve our praise. It deserves reform.” Cook said.

All we can say is, ouch.