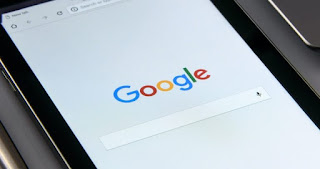 Australian Treasurer Josh Frydenberg said Google and Facebook are “very close” to striking “very significant commercial deals” to pay Australian media outlets for news, Bloomberg reported, citing a transcript from the minister’s office. The development, if true, could end a months-long standoff between Australia and the tech giants, which have previously threatened to block or limit their services in the country.

Frydenberg has held discussions with Google CEO Sundar Pichai and Facebook CEO Mark Zuckerberg over the weekend. Both companies have publicly opposed a proposed Australian law that would force them to pay fees to domestic news outlets for content. That very law will be considered in the Australian Parliament this week, prodding the tech giants to agree to payment terms before it is passed.

At the same time, Seven West Media, a major Australian media company, announced that it reached a paid deal with Google to provide content for the latter’s News Showcase. According to the Associated Press, Google has struck pay deals with over 450 publications across the world since News Showcase debuted last October.

Seven West Media chairman Kerry Stokes praised Australian authorities and credited the proposed pay-for-news law for allowing the company to reach a deal with Google that resulted in “fair payment” and that would secure its digital future.

Despite their bluster, it seems that both companies are unwilling to concede their dominant market positions in Australia. Google rival Microsoft was already looking to capitalise on the former’s possible exit from Australia by pushing Bing as an alternative.

Many other countries, including Canada and those within the EU, have been trying to get Google and Facebook to pay local media outlets for content. As such, this development could set a significant precedent for the global journalistic industry.