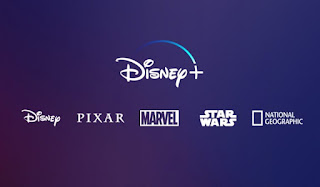 Disney+ subscribers now amount to more than 94.9 million, according to The Walt Disney Company in its latest earnings report. As The Verge noted, this means the streaming service has handily beaten its four-year target in just 14 months. According to a revised plan, Disney+ is now projecting between 230 million and 260 million subscribers by 2024.
Just last December, Disney said the subscriber count stood at 86 million. Despite the numbers that the company has announced earlier this week, The Verge’s report suggested that Disney+ might have already crossed the 100 million subscriber threshold, given that the latest official figure doesn’t take into account the platform’s release of the miniseries from Marvel Studios (also owned by Disney), WandaVision last month.

It is the first Marvel Cinematic Universe (MCU) tie-in content made exclusively for the streaming service. Furthermore, it is also the first MCU release since the 2019’s Spider-Man: Far From Home and related to Avengers: Endgame which could help attract a huge amount of fans from all over the world to Disney+.

It goes without saying that Disney is likely to be quite pleased with the performance of its streaming platform. The COVID-19 pandemic has pummelled its iconic theme park and cruise ship businesses with the former saw revenue drop by 53%, resulting in a loss of USD$119 million (~RM481 million) in the most recent quarter. On the other hand, revenue from direct-to-consumer streaming increased by a stunning 73%.

Recently, there was some indication that Disney+ might launch in Malaysia soon but there is still no official word on that prospect. Netflix is likely the dominant international streaming service in Malaysia and still leads Disney+ globally with 203 million subscribers as noted in its latest financial report.

at February 15, 2021
Email ThisBlogThis!Share to TwitterShare to FacebookShare to Pinterest
Labels: 94.9Million, Disney+, Now, Over, Subscribers