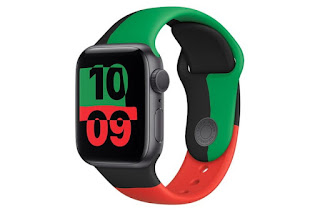 To celebrate this year’s Black History Month, Apple has recently launched plenty of materials for its products and services which are meant to highlight the Black community, history, and culture. Among them is the Black Unity Collection which has since made its way to Malaysia.
The highlight of the collection is the Apple Watch Series 6 Black Unity. Using the Apple Watch Series 6 with a black aluminium case as its foundation, this limited-edition release includes the Black Unity Sport Band that is draped in black, green, and red which was inspired by the Pan-African flag. 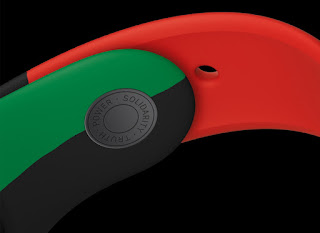 The stainless steel fastening pin on the watch band has also been laser-engraved with “Truth. Power. Solidarity.” According to Apple, the Black Unity Sport Band was hand-assembled from individual pieces of coloured fluoroelastomer which were then compressed together to create the band.

At the same time, the watch also features the Unity watch face that has matching colour scheme as well as dynamic patterns that would change when the watch moves and Apple has also laser-etched “Black Unity” on the back of the watch. 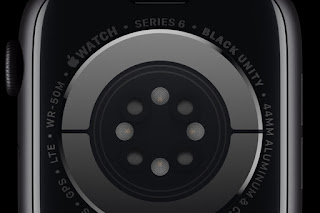 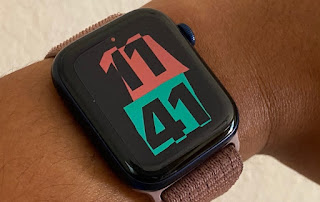 On a separate note, the Unity watch face can now be obtained for your own Apple Watch once you update it to watchOS 7.3. iPhone, iPad, and Mac users can download Unity wallpapers for their devices from the Apple Watch’s section on Apple Malaysia’s website.
at February 06, 2021
Email ThisBlogThis!Share to TwitterShare to FacebookShare to Pinterest
Labels: Apple, BlackUnity, Limited Edition, WatchSeries6