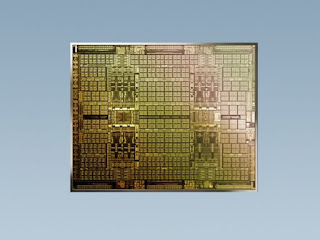 In light of the renewed interest in GPU mining and the massive rally of cryptocurrencies such as Bitcoin and Ethereum, NVIDIA is announcing its Cryptocurrency Mining Processor, or CMP for short. As its name suggests, the new product lineup is both dedicated and made specifically for mining cryptocurrency.

To be absolutely clear, CMP is not a graphics card and will not do graphics; NVIDIA explicitly states that CMP units do not meet the necessary specifications or requirements of a GeForce graphics card and therefore should not impact the availability of said Ampere-powered GPUs. Sending that point home is the fact that CMP units are also devoid of any display outputs for better airflow, as well as possess lower peak core voltage and frequencies.

This isn’t the first time NVIDIA released GPUs dedicated to cryptomining. Back in 2018, when Bitcoin experienced its first rally, the company began releasing mining-specific variants of its Pascal GPU architecture at the time, with one such example being the P102-100. Now, with Bitcoin’s average value breaking past the RM200000 barrier and Ethereum hovering nearer to RM8000, coupled with the ongoing scarcity of GeForce RTX 30 series cards for gamers. There is little wonder why NVIDIA has decided to restart production of mining-dedicated GPUs. 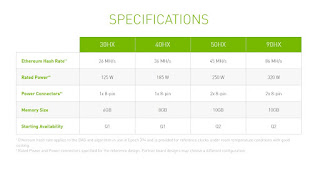 NVIDIA’s official announcement is admittedly devoid of information of CMP, but a quick link takes us to a page detailing four CMP HX units: 30HX, 40HX, 50HX, and 90HX. The lowest-tier unit, the 30HX, is seemingly able to mine Ethereum at a Hash Rate of 26MH/s, while the top-tier model, the 90HX mines Ethereum at 86MH/s.