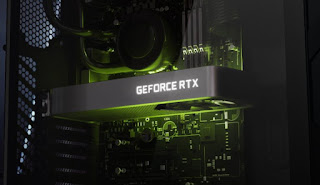 Alongside the announcement of NVIDIA Cryptocurrency Minis Processor (CMP), the GPU company has also revealed that they will be limiting the cryptocurrency mining capability of their upcoming graphics card, the GeForce RTX 3060.
Scheduled to launch on 25 February, the RTX 3060 will be the most affordable option in the RTX 30 Series family which means that it is likely to have high demand from consumers. This also means that the card would be more accessible for cryptocurrency miners to buy in bulk as well, which could affect the card’s availability to its intended users: gamers. 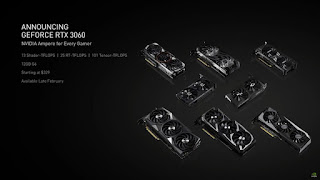 In its effort to stop that from happening, the drivers for RTX 3060 have been designed to limit the card’s capability to mine Ethereum cryptocurrency. Specifically, NVIDIA claimed that the implementation will cut the hash rate to around 50 per cent which hopefully will be deterrent enough to miners out there and turn them over to NVIDIA CMP cards instead.

While that sounds like an interesting plan, we not sure if it will really address the GPU shortage that the market is facing right now though. Additionally, some miners already looking at gaming laptops to get their job done anyway.