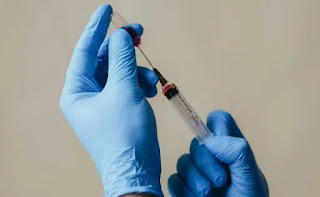 British-Swedish pharmaceutical giant AstraZeneca released data showing that its Covid-19 vaccine was 76% effective in preventing symptoms of the disease and 100% effective against severe disease and hospitalisation, CNN said. For volunteers aged 65 and older, the vaccine was 85% effective against developing symptoms, AstraZeneca claimed.
The company released those numbers after it was criticised earlier in the week by a US health agency for possibly including outdated information when it claimed 79% efficacy against symptomatic Covid. All the figures are based on a Phase 3 clinical trial done across the US, Chile, and Peru.

While generally held in high regard by health authorities across the world, the AstraZeneca vaccine has been dogged by controversy – including fears that it may cause blood clots.

Those (blood clot) concerns caused a whole bunch of European countries – including France, Germany, and Spain – to temporarily stop using the vaccine, CNN said. They ultimately resumed usage after the European Union’s drug regulatory agency declared the vaccine to be safe, saying its benefits outweigh the risk.

In Malaysia, the AstraZeneca vaccine has received conditional approval, with the government ordering 12.8 million doses, according to CodeBlue. Putrajaya is sticking with its purchase, convinced for now that the vaccine isn’t linked to blood clots, Bernama reported.

Science, Technology, and Innovation Minister Khairy Jamaluddin previously said that the AstraZeneca vaccine would likely be administered in rural areas – as opposed to the Pfizer-BioNtech vaccine in urban centers.

at March 30, 2021
Email ThisBlogThis!Share to TwitterShare to FacebookShare to Pinterest
Labels: 76Percent, AstraZeneca, Covid-19, Efficacy, its, Rate, Revises, to, Vaccine