Instagram Announces Reels And Music For Users In Malaysia 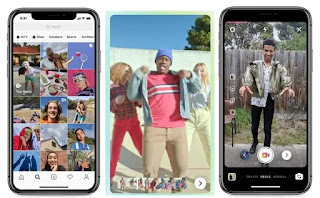 Facebook Malaysia has announced that it is bringing in Reels and Music to Instagram Stories in Malaysia. We’ve previously seen the feature being launched first in Brazil, and then in the US, UK, Japan and Australia.
From the looks of it, Reels is pretty much the same feature as when we saw them in the past two years. It is essentially Instagram’s version of TikTok, letting you make effects-laden 15-second videos. Of course, there’s a rich variety of those to work with. You can either record new 15-second clips, or upload pre-recorded ones and add effects from there. Completed Reels can be found in a special tab in your profile. 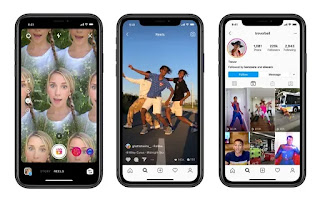 It’s much the same for Music, though for some reason you add them via the Music sticker. You can pick whatever is popular at the moment, or search for the exact one you want in the search bar. Once you found the one you want, you can use specific parts of it, and even add lyrics to them when you use it as part of your Instagram Stories. Naturally, you can also choose the way they show up on your Stories.

Both Reels and Music are now already available on the Instagram app for Malaysian users. If you don’t see it, either the app needs an update. Either that, or it’s still in the process of being rolled out in the background.

at March 25, 2021
Email ThisBlogThis!Share to TwitterShare to FacebookShare to Pinterest
Labels: and, Announces, for, in, Instagram, Malaysia, Music, Reels, Users