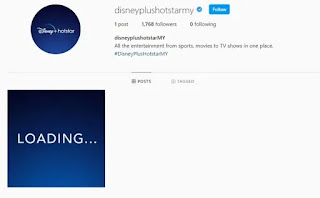 Back in January, the scene erupted with the sudden activation of the Facebook and Instagram page for Disney+ Hotstar Malaysia. This was among the first major indication that the highly anticipated streaming service may be preparing to launch in our market.
However, the social media pages and postings were taken offline not long after that which baffled many fans. At the same time, Disney’s silence regarding the status of Disney+ for Malaysia is not helping the cause as well. 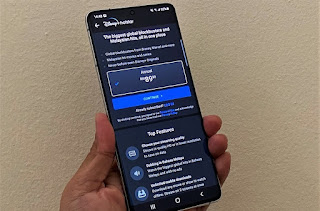 Fast forward to earlier this month, the discovery of the Malaysian-specific user interface and RM 89.90 annual subscription fee within the Disney+ Hotstar’s Android app once again sparked excitement among local consumers. Fueling the excitement further, Twitter users @muhdraziqq_ and @itzwiin have noticed that the Disney+ Hotstar Malaysia’s Instagram page that was deactivated back in January is now live again. 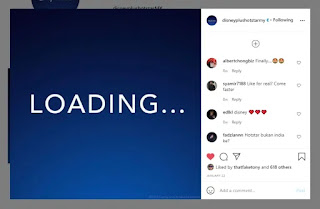 The “Loading…” post that was published back in January has also appeared again inside the verified Instagram page. Unfortunately, minutes after we captured the screenshot above, both the post and the page were yanked out from existence once again.

Hence, we are still not sure whether Disney is finally opening the gates to its streaming service for Malaysian consumers given the flip-flop that we have seen back in January. Nevertheless, we will continue to monitor the situation and will keep you posted if there are any updates regarding Disney+ rollout in our market.

at March 25, 2021
Email ThisBlogThis!Share to TwitterShare to FacebookShare to Pinterest
Labels: A, Again, Disney+, for, Hotstar, Instagram, Malaysia, Online, Page, Short, Went, While