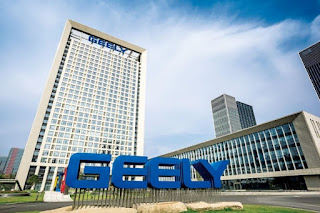 Chinese automaker Geely announced that it has established a new electric car company called Zeekr. Positioned towards the higher end of the EV (electric vehicle) market, Zeekr is aimed at challenging the dominance of US-based rival Tesla, Reuters said.
Geely expects the first vehicles from its subsidiary to be delivered in the third quarter of this year. Zeekr apparently wants to deliver one new electric vehicle to market every year for the coming five years. And in case you’re wondering, the Chinese name of Zeekr is Ji Ke.

The new electric car company will be a 51%-49% joint venture between Geely and its parent Zhejiang Geely Holding Group, with an initial investment of 2 billion yuan (~RM1.3 billion). Zeekr will focus on the Chinese market at first and then explore opportunities for exports.

It has been an extremely busy year for the automotive industry, with carmakers as well as tech giants making a mad dash for the rapidly growing EV market. Geely itself earlier formed an electric car company with the Chinese search giant Baidu. The carmaker also teamed up with Taiwanese contract manufacturer Foxconn to provide automakers with consulting services on EV technologies.

News of Zeekr’s formation comes after Geely announced its financial results for last year. Profits dropped by a hefty 32% compared to 2019 – a trend largely driven by the COVID-19 pandemic. Still, the company may be finding that the traditional car market is slowly but surely drying up.