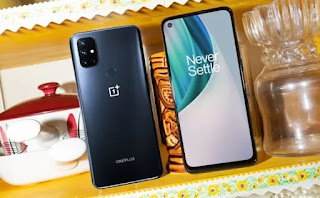 The majority of OnePlus phones are equipped with flagship-level Qualcomm Snapdragon 8 Series chips but towards the second half of last year, the company have released several mid-range phones under the Nord Series. One of them comes in the form of Nord N10 5G and it is finally going to be released in Malaysia.
First unveiled to the world last October, the Nord N10 5G is powered by Snapdragon 690 and also features a 6.49-inch Full HD+ display with a refresh rate of 90Hz. When it comes to memory and storage specs, the Malaysian variant is similar to the one in the United States which consisted of 6GB and 128GB, respectively. 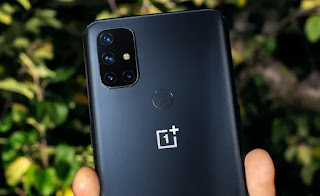 On its back, the phone feature a 64MP f/1.79 main camera alongside 8MP f/2.25 ultra-wide camera as well a pair of 2MP f/2.4 cameras that act as macro and monochrome cameras each. For selfies, the Nord N10 5G relies on the 16MP punch hole camera that is located on the top left part of its screen.

In addition to having dual stereo speakers, the phone’s general specification also includes a 4300mAh battery that supports the company’s proprietary Warp Charge 30T fast charger. The Nord N10 5G will be made available in Malaysia on 27 March through OnePlus Malaysia’s Lazada store and as part of its launch, the company will be offering the phone at RM 999 instead of its usual RM 1,199 price tag.

at March 25, 2021
Email ThisBlogThis!Share to TwitterShare to FacebookShare to Pinterest
Labels: As, Finally, Low, Malaysia, NordNo105G, OnePlus, RM999, to