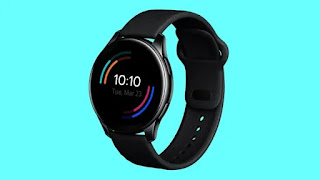 OnePlus has confirmed the design of its first ever smartwatch that is scheduled to launch alongside its flagship smartphones, the OnePlus 9 series, on 23 March. Interestingly enough, rather than providing an official image of the device, the company instead retweeted a post by Unbox Therapy that claims to have an exclusive look at the upcoming smartwatch.
From the OnePlus-endorsed “leak”, the device is shown to sport a circular watch face that is reminiscent of the Samsung Galaxy Watch Active series, and features two buttons on its right side. Also implied in the image is an Always-On function, which enables the OnePlus Watch to continuously display certain features while using less energy.

As usual from teasers such as these, the brand did not provide any further information regarding the smartwatch’s specifications. However, a recent tweet by OnePlus CEO Pete Lau suggests that the device will come with some form of water resistance. He also shared other significant details regarding the watch on the brand’s official forum, revealing that it will operate on a proprietary software platform and would also feature smart controls that will seamlessly connect with other devices under OnePlus’ ecosystem.

Lastly, Lau noted that the OnePlus Watch will offer consumers a “best-in-class experience at an affordable price point”. We’ll see if the brand’s first ever smartwatch will live up to the claim once more information regarding its specifications and pricing is officially provided during the upcoming launch.