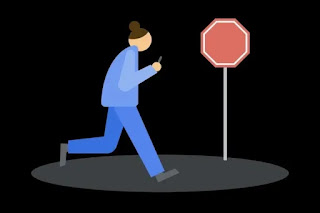 There are plenty of video clips with people walking into things because they were looking at their phone. Google’s Android mobile OS may be getting something to help make sure you’re not the subject of a similar video. And it has a very on-the-nose name, Heads Up.
Twitter user Jay Prakash Kamat shared screenshots of the feature in action on a Google Pixel 4a. And it’s as straightforward as it sounds. With it turned on, your phone will remind you to look up while walking, rather than at it, when you’re walking. Heads Up also comes with a reminder that this “doesn’t replace paying attention”. Or, if it’s telling you.

According to XDA, the Heads Up feature is rolling out only on the Google Pixel series of devices. Not entirely surprising, since the Pixel phones usually get new Android features earlier than any other. No word on when it will be available on devices by other brands just yet.

The Heads Up feature is another entry into overarching Digital Wellbeing umbrella, first introduced in Android 9 Pie. But it’s quite unfortunate that we’ve come to the point that we need our phones to remind us to watch where we’re going.

at April 20, 2021
Email ThisBlogThis!Share to TwitterShare to FacebookShare to Pinterest
Labels: Android, Heads, Keep, Remind, Soon, their, to, up, Users, Walking, While, will