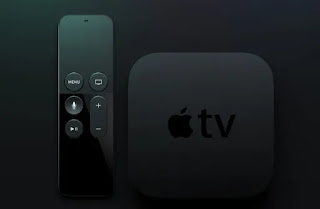 Apple is reportedly considering the prospect of making an Apple TV device that comes with a built-in camera and speakers. According to Bloomberg, the company from Cupertino is already in the early stages of building the device.

Still focusing on the redesigned Apple TV, Bloomberg says that Apple’s upcoming home entertainment box would have integrated speakers, along with a camera for FaceTime. At this point, it doesn’t appear that the streaming box will have a display attached to it, meaning that users are probably going to have to connect it to a TV.

On another note, Apple is also said to be mulling over the possibility of merging its HomePod with an iPad display, which would make it a direct rival to Amazon’s Echo Show and, to a varying degree, Google’s Home Hub. As to why Apple is doing this, it is believed to be that the company is looking to revamp its Apple TV and HomePod. In an effort to revitalise and make them just as successful as its other products. 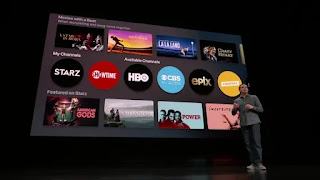 Getting back to the HomePod and iPad hybrid, the product will also be fitted with a robotic arm, enabling the attached iPad to track your movements around a room and theoretically giving whoever is on the video call line in sight of you.

Unsurprisingly, there is still no confirmation from Apple about these two home-based products, nor when these products would actually make it on to the consumer market. On that note, this is very likely going to be a steep uphill battle for the brand, especially since both Google and Amazon have long held a foothold in the ecosystem.

at April 20, 2021
Email ThisBlogThis!Share to TwitterShare to FacebookShare to Pinterest
Labels: and, Apple, AppleTv, Built-in, Camera, Mulling, Over, Reportedly, Speakers, With