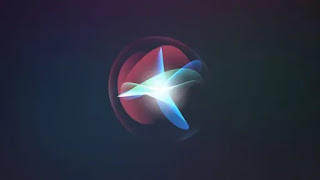 Assistants aren’t perfect. Sometimes they get your coffee wrong, or schedule an appointment on the wrong date. But what about digital voice-activated ones? Well… Siri kind of slipped up for Apple, according to MacRumors. And rather than the usual misheard instructions kind of mistakes, Apple’s famed voice assistant supposedly spilled the beans on an unannounced event which is slated to happen later this month.
The publication said that it simply asked Siri “When is the next Apple Event?”, to which it responded with “The special event is on Tuesday, April 20th, at Apple Park in Cupertino, CA.” Not realising its mistake, Siri continued with “You can get all the details on Apple.com“. Clicking the link will take you to Apple’s event landing page but the event itself has not been listed yet, MacRumors added.

For those in Malaysia who are thinking of asking the poor unsuspecting voice assistant with the same question, then you’re out of luck. Our chief editor Chapree did just that, but was met with a different response. Siri instead asked him to refer to Apple’s website for any information, which we did check. No dice, unfortunately. 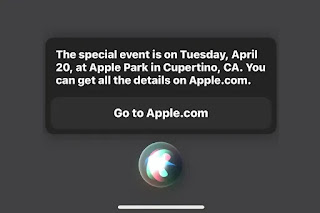 According to The Verge, only those with a US Apple ID are able to receive the same response as MacRumors. But chances are, Apple may have already tweaked Siri’s “error” by this time.

Being a slip of a digital tongue, not much is known about this supposed Apple “special event”. Some believe that we may finally see the launch of new iPad Pro models which, according to a  Bloomberg report, will feature Mini LED screens – a first for any Apple product. Other potential debuts alongside the Pro is the 2021 version of the iPad mini, and the ever elusive AirTags product.

We’ll eventually find out if such an event will be held on the aforementioned date next week. But should this information be accurate, there’s a big possibility that we’ll be hearing an official announcement from Apple soon enough.