Your PS4 Games Are Actually At The Mercy Of A Battery 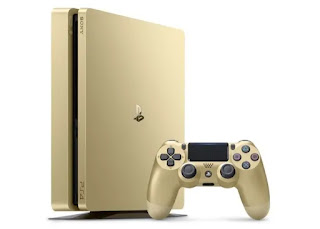 Discussions of video games preservation is taking centre stage once again. The PS3, PSP and PS Vita stores will go down this year, and the future of the PS4 is also uncertain. The PS5 may be backwards compatible, but only to the generation preceding it. And with that, people are wondering again what they’ll have to do if they want to play a game from the good old days.
Plenty of arguments have been made as to why the closure of the digital storefronts are a bigger deal than they appear. Ditto the virtues of video game preservation, even if doing so means resorting to emulation. In fact, there’s one each that you should spend some time reading. The former is by Den of Geek, and the latter is by video game critic Josh Bycer. But things can be worse, as evidenced by the PS4 and its weird DRM implementation.

For context, the PS4 effectively turns into a brick and loses connection to PSN if its CMOS battery runs out. This ends up getting tied to trophies, so even games you bought digitally end up getting borked. While this applies to titles for the PS3, PSP and PS Vita that are bought via PSN, physical copies are fortunately unaffected. 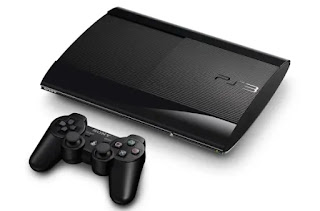 If you’ve adopted a digital first policy that early, this could hurt you more than just not being able to buy new games. Sony has said that if you bought a game digitally you will still be able to download them. But this report by VGC states that some PS3 owners are already not able to download patches, which does not sound too assuring. The situation with patches for physical games are also murky. Here’s hoping that things don’t get worse, and people won’t lose the ability to download games they own.

But back to the DRM issue. Your ability to play games you bought depends on the charge in the CMOS battery and internet connectivity. While the latter is available more often than not, you can never tell when your access to it gets inadvertently cut. And if your CMOS battery runs out at the same time, then you’ve basically no access to your games.

If you’ve gotten a PS4 in its early days, this is quite the possibility, since it’s now a seven year-old console. It’s even more so for the 15 year-old PS3. And I certainly don’t want to lose access to my games when my internet connection gets cut. 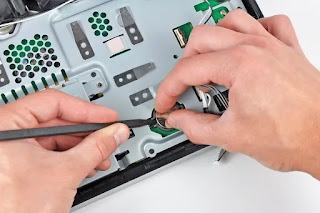 Unlike with a PC, replacing the CMOS batteries on consoles isn’t something you should do yourself either. Unless, of course, you have a lot of experience taking consoles apart. Fortunately, iFixit has guides for the PS3 if you’re feeling adventurous. However, there’s none for the PS4 – at least not exactly. But the company has the steps needed to get to the motherboard, where you’ll be able to find the battery.

As mentioned in iFixit’s PS4 article, SIE can fix this by issuing a patch that disables trophy earning while offline. Until that happens, the availability of your games are at the mercy of essentially a battery, and an internet connection. And it’s certainly not ideal, to say the least.

at April 18, 2021
Email ThisBlogThis!Share to TwitterShare to FacebookShare to Pinterest
Labels: A, At, Battery, Games, Mercy, of, PS4