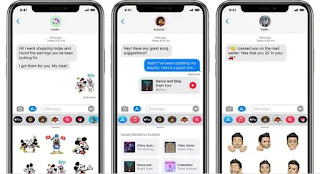 The legal battle between Apple and Epic Games is still ongoing. It had even brought unrelated third parties like Valve involved. But just as it can pull in uninvolved parties, it can also reveal other details unrelated to the legal tussle between the two.
One such detail is why Apple does not have an Android version of iMessage. And evidence of this was submitted by Epic Games, of all parties. According to the court filing, the iPhone maker could have made iMessage be available on the competing platform back in 2013. But the company choose not to, so that it could lock users in its own ecosystem.

The documents detail an email conversation between an unnamed ex-Apple employee and Phil Shiller, then a key marketing figure in the company. The former complained that iMessage “amounts to serious lock-in” of its users. In response, the latter said that “moving iMessge to Android will hurt us more than help us”.

In all honesty, this should come as no surprise. There have been incidents of former iPhone users getting SMS texts stuck in iMessage limbo because they migrated from Apple to Android. Hopefully these days, WhatsApp is a service that’s used more frequently on iOS. Then when the messaging app finally rolls out cross-platform chat history migration, users have one less thing locking them in.

at April 16, 2021
Email ThisBlogThis!Share to TwitterShare to FacebookShare to Pinterest
Labels: Android, Apple, but, Could, Court, Didnt, Documents, iMessage, Make, of, Show, Version