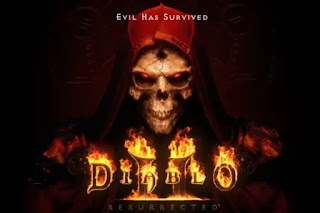 Blizzard is launching Diablo II: Resurrected technical alpha for PC players today, meaning that lucky individuals from across the world will have a chance to play the remastered game for the first time – if they receive an official invitation. Livestream footage of the game is already being posted on YouTube.

To get an invitation, you can opt-in to the technical alpha on the game’s official website. Remember, as the website itself states, you’re not guaranteed to be selected. But since the whole point of a technical alpha is to test the game on a whole bunch of different systems, who knows?

You might just get lucky. Blizzard said that it’ll be distributing invitations throughout the day in waves starting tonight at 10 PM Malaysian time. The technical alpha itself will run over the weekend and end at 1 AM Malaysian time on Tuesday, 13 April.

Several gaming publications and live streamers have already begun posting gameplay footage of the technical alpha on YouTube. For example, we have watched bits of the video posted by GameSpot and were generally impressed by the dazzling new visual effects and lighting. The charged bolts conjured by the sorceress were just positively… electrifying.

Speaking of which, only three classes are available during the technical alpha which includes the Amazon, the Barbarian, and the Sorceress. It is also being presented as a single-player mode only and covers the first two acts of the game. The old cutscenes, which you remember and love, are still in there, but are labelled with “Placeholder only” – Blizzard has said that cutscenes would be completely redone. 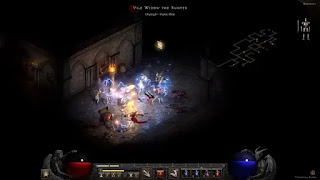 Anyway, it’s still not too late to sign up for a technical alpha invitation. What are you waiting for?
at April 16, 2021
Email ThisBlogThis!Share to TwitterShare to FacebookShare to Pinterest
Labels: Alpha, Blizzard, DiabloII, Giving, Invitations, Out, Ressurected, Technical, to