Final Fantasy VII: Advent Children To Get A 4K Remaster On 8 June 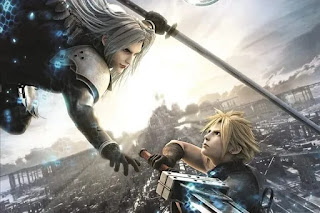 Final Fantasy VII Remake is one of the biggest phenomenons in gaming right now. So it’s probably not too surprising to see the 2005 film Advent Children returning to the limelight as well. Last week we saw the announcement of a watch based on the film. Now, the news is that the movie itself is getting remastered.
Coming a whole 16 years later, the Final Fantasy VII: Advent Children Complete remaster will come in 4K. And since it’s the complete edition, it will come with extra material that the original did not. Think of it like a director’s cut version.

Sony Pictures uploaded a 10-minute preview of the film, but it’s not the new 4K version. Probably to tug at the nostalgia of those who watched the original way back when, to get them to buy the new 4K version. Which is a weird slice of the movie to show, since it’s the slowest part of the Advent Children movie.

For those who are fans of the original game and the movie, this may be something you’d want to watch. Even if it’s only to see what the film would look like when given the remaster treatment. But if your first Final Fantasy VII experience is the remake, then it’s probably not a good idea to watch this.

at April 16, 2021
Email ThisBlogThis!Share to TwitterShare to FacebookShare to Pinterest
Labels: 4K, 8June, A, AdventChildren, FinalFantasyVII, Get, on, Remaster, to