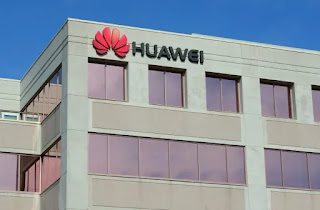 Huawei announced over US$1 billion (~RM4.1 billion) investment into researching and developing self-driving and electric car technologies, following in the footsteps of other Chinese tech companies eager to make a name in the automotive business.
According to Bloomberg, Huawei’s Deputy Chairman and Rotating Chairman Eric Xu noted that the company’s self-driving technology is ahead of Tesla in allowing cars to cruise for over 1,000km without human intervention.

Xu also said that the company would initially collaborate with three automakers to produce self-driving cars with the Huawei name as a sub-brand. This is apparently akin to how Intel has its logo on PCs. Huawei’s three partners are BAIC Group, Chongqing Changan Automobile Co, and Guangzhou Automobile Group Co. 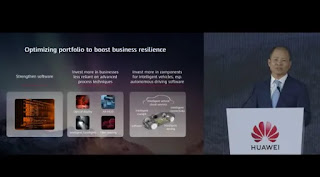 Naturally, Huawei is very optimistic about its chances in the Chinese market.

“China adds 30 million cars each year and the number is growing. Even if we don’t tap the market outside of China, if we can earn an average CNY 10,000 (~RM 6,315) from each car sold in China, that’s already a very big business for Huawei,” Xu said.

But it may soon find itself in a very crowded market. Rival Chinese smartphone maker Xiaomi is already working on a smart electric vehicle (EV). And Chinese search giant Baidu has partnered with Geely to make electric cars as well.

Huawei has been aggressively trying to diversify out of the smartphone business after being pummelled by continuing US sanctions. Just last month, the Biden administration tightened 5G restrictions on its US suppliers. While Huawei recently admitted the damage it suffered from sanctions, but once again reiterated that it doesn’t answer to Beijing.
at April 18, 2021
Email ThisBlogThis!Share to TwitterShare to FacebookShare to Pinterest
Labels: Car, Huawei, Into, Pouring, R&D, Tech, ThisYear, US$1Billion