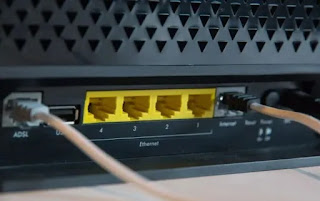 Broadband and internet providers around the world have become the latest victim of the ongoing chip shortage, as global supply chains for router manufacturers are now increasing the wait time for the component to a 60-weeks period.
According to Bloomberg, that waiting period is reportedly more than double the length of previous waiting periods. To be clear, many of these carriers still have routers in their inventory, but in the case of Taiwan-based maker, Zyxel Communications, the company says that the impact of the shortage has hit close to home “several times” in the past.

Zyxel Communications also wasn’t spared from ongoing world events and mishaps; the router manufacturer had inventory stored onboard the Evergreen ship that blocked the Suez Canal last week, throwing yet another wrench into its supply chain at the time.

It bears repeating that the ongoing chip shortage has affected many major tech players and their roles on the world stage. For GPU makers NVIDIA and AMD, the critical chip shortage has put a dent in the world’s graphics card supply. Compounding that insult even further are the numerous scalpers and GPU miners that are hogging up every available GPU they can get their hands on, leaving bonafide gamers without nothing left.

Even Samsung isn’t spared from the chip shortage and it certainly didn’t help that the Korean electronic giant’s factories in Texas were forced to close, due to a freak winter storm that swept the US state and left virtually the whole state and its residents without power for days.

at April 18, 2021
Email ThisBlogThis!Share to TwitterShare to FacebookShare to Pinterest
Labels: 60-Week, Chip, Delay, Due, Global, Hit, NewRouter, Orders, Shortage, to, With