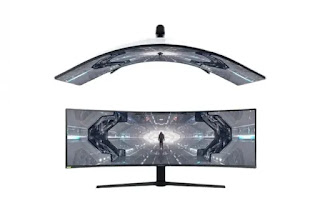 It’s been more than a year since Samsung first announced its Odyssey gaming monitor series, with the Odyssey G9 being the ultrawide darling of the lineup. As you’d expect, the monitor is due for a refresh and thanks to a leak on the China-based online retail store, Taobao, we have an idea over what we can expect.

For the most part, the new Odyssey G9 will retain most of the features from the 2020 model. This includes the ultrawide 5120 x 1440 (DQHD) resolution, spread out on its massive 49-inch display, as well as its ultra-high 240Hz refresh rate and 1ms GTG response rate. Oh, and the curvature of the monitor is still rated at 1000R, and it still retains its NVIDIA G-Sync compatibility too.

What is expected to be different, though, is that the display panel is no longer your typical VA; instead, the 2021 Odyssey G9’s panel will reportedly be using Samsung’s 10-bit Quantum Mini LED technology. That in turn, will allow for the gaming monitor to have a higher peak brightness of 2000 nits, but more importantly, it also gets a much better VESA DisplayHDR 2000 certification. 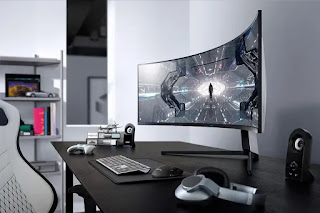 At the time of writing, there is no official pricing for the refreshed Samsung Odyssey G9 and that listed price of 29999 Yuan (~RM18937) on Taobao is likely just a placeholder. The current Odyssey G9 retails for RM6199, so even if Samsung was going to increase the price, it’s unlikely to be three times the price.
at April 18, 2021
Email ThisBlogThis!Share to TwitterShare to FacebookShare to Pinterest
Labels: 2000Certification, Display, Gaming, HDR, Led, Mini, Monitor, Odyssey, Panel, Quantum, Refresh, Samsung, to, VESA, With