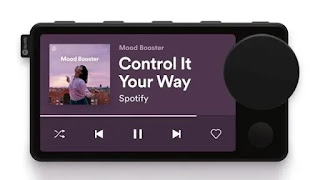 Hardware may be the last thing that you’d associate with Spotify. But it looks like the company has something planned, called simply the Car Thing. And it’s quite difficult to describe what it actually is.
MacRumors reports that images of the Car Thing were found in the code of Spotify on iOS. On one hand, it looks similar to what was previously found in the US FCC. But on the other, it looks quite different to what the company showed back in 2019.

All things considered, it’s not quite known what it actually does. And all we have to go by is its description in the FCC filing. And it reads “voice controlled accessory for phone/Spotify App with supporting display and buttons”. The filing also points out that the Car Thing is Bluetooth-enabled, can communicate with in-car units, and is powered by a 12V outlet, which likely refers to the cigarette lighter socket. 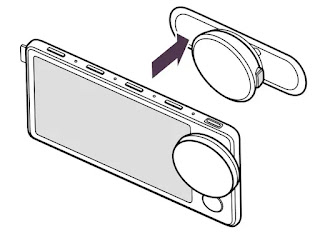 The iOS code also indicates that the Spotify Car Thing has a number of different mounts. These possibly reflect the common in-car phone mounts that let you attach your phone to either the top of the dashboard or an air conditioner vent.

It remains to be seen if Spotify will release this funky piece of hardware. If it does, it will probably need a different name. Or it can just throw a curve ball and go with the Car Thing.