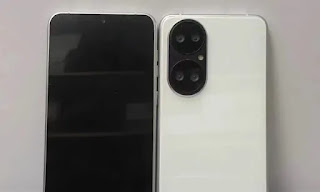 A photo featuring alleged mockups of Huawei’s upcoming P50 flagship smartphone has recently surfaced online. The image, shared by Slasheaks via Twitter, shows both the front and rear design of the device, which resembles the renders shared by Steve Hemmerstoffer (aka OnLeaks) back in March.

The P50’s display is shown to feature a large amount of screen real estate, surrounded by thin bezels. Located on the top centre is a single punch-hole cutout for its front-facing camera – indicating that Huawei have decided to drop the pill-shaped cutout from the phone’s predecessor. In terms of size, Hemmerstoffer’s earlier leak suggests that the standard P50 will come with a 6.3-inch display and features a dimension of 156.7 x 74 x 8.3mm.

The rear side of the phone appears to feature either a glass or plastic white panel, which will likely be available in more colour options at launch – whenever that may be. Then we have the massive dual circular glass housings for the P50’s camera system, arranged vertically on a cylindrical island on the top left corner of its back. 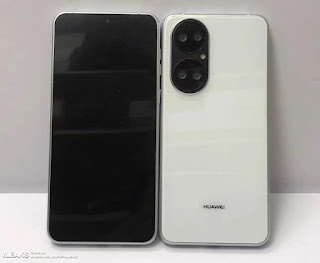 Thanks to this alleged leaked mockup, we now know that each circular housing features two cameras – totalling up to four shooters on the device. Strangely enough, all the cameras shown are similar in size and type – something that could potentially change in the final version. OnLeaks says that the P50 may be equipped with an unannounced IMX800, Sony’s rumoured 1-inch sensor for mobile phones.

Also not forgetting that a potential high specced variant of the device may be in the works. According to a separate leak by Hemmerstoffer prior to this, the alleged Huawei P50 Pro will feature the same rear camera array design as the vanilla version, but features a curved front display instead.

As usual, we highly advise that you take the information provided through leaks such as these with a grain of salt. With its mockup now seemingly revealed, there’s a chance that Huawei may be gearing up to introduce its P50 flagship smartphone sometime in the coming weeks or even months.

at May 07, 2021
Email ThisBlogThis!Share to TwitterShare to FacebookShare to Pinterest
Labels: Alleged, confirming, Design, Huawei, its, Leaks, Mockup, of, P50, prior, Seemingly, Surfaces