ASUS Zenfone 8 and Zenfone 8 Flip Now Official: Coming To Malaysia By End of May 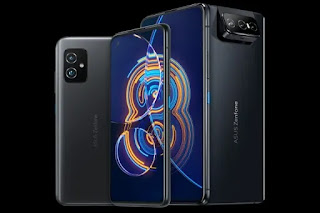 You may have heard of its existence within the past few weeks but wonder no more: the ASUS Zenfone 8 Series is now official. Available in two different models, both of them are powered by the Qualcomm Snapdragon 888 processor.
Let’s start with the Zenfone 8 first which is designed for those who wanted a compact flagship-class device as ASUS claimed that this model is made for one-handed usage. Equipped with a 5.9-inch Full HD+ AMOLED display that the company has sourced from Samsung and protected by Corning Gorilla Glass Victus, the screen also has a 120Hz refresh rate, 240Hz touch sampling rate, maximum brightness level of 1100nits, and DCI-P3 colour gamut coverage of 112%. 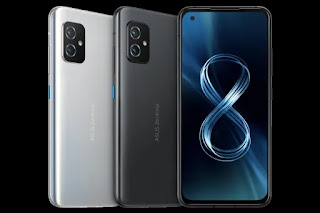 Available with up to 16GB LPDDR5 RAM, the Zenfone 8 can be obtained with UFS 3.1-based storage of up to 256GB although ASUS has opted for a UFS 2.1-based storage for the 64GB model. One also need to note that this phone doesn’t come with microSD support, so plan your choice accordingly.

In terms of photography, the Zenfone 8 relies on its 64MP main camera which features the Sony IMX686 sensor alongside a 12MP ultra-wide camera which contains a Sony IMX363 sensor. As for its selfie camera, it is equipped with a 12MP Sony IMX663 sensor and autofocus capability just like the phone two rear cameras. 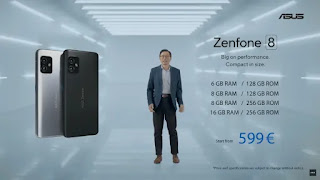 The 169g phone also has a 4000mAH battery that supports Quick Charge 4.0 and USB PD standards. Price-wise, the Zenfone 8 will be released in Europe for EUR 599 (~RM 3,000) although we expect it to be made available in Malaysia with a much lower price tag.

Meanwhile, there is also the Zenfone 8 Flip which as you might able to guess from its name, comes with a flip-up camera. The tri-camera module is motorized and users are able to utilize it as a selfie camera too.

The main camera within the module is equipped with a 64MP Sony IMX686 sensor and f/1.8 lens while there’s also an ultra-wide camera with a 12MP Sony IMX363 sensor as well as an 8MP telephoto camera that has 3x optical zoom and 12x total zoom. ASUS has also provided an extra protection layer on the module by putting a layer of Corning Gorilla Glass 3 on top of the three cameras. 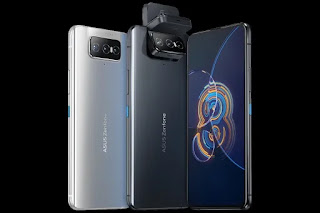 Other than that, the Zenfone 8 Flip carries a larger 6.67-inch Full HD+ AMOLED display that has also been sourced from Samsung. Covered by Corning Gorilla Glass 6, the screen has lower refresh and touch sampling rates than Zenfone 8 at 90Hz and 200Hz, respectively alongside a slightly lower peak brightness level of 1000 nits.

The Zenfone 8 Flip somehow only has just one memory and storage option with 8GB and 256GB, respectively. However, the phone also comes with a triple card slot that allows it to support a microSD card with a capacity of up to 2TB – something that is not available with the standard Zenfone 8. 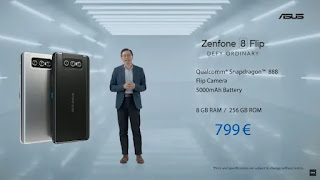 Completing its general specifications is a 5000mAh battery that also supports Quick Charge 4.0 and USB PD standards just like Zenfone 8. When it comes to pricing, the Zenfone 8 will be released in Europe for EUR 799 (~RM 4,002).

For now, ASUS has yet to reveal much regarding the Zenfone 8 and Zenfone 8 Flip’s release plan for Malaysia. However, the company did say that it is currently looking to bring them to our market by the end of May.

at May 12, 2021
Email ThisBlogThis!Share to TwitterShare to FacebookShare to Pinterest
Labels: and, Asus, by, coming, End, Flip, Malaysia, May, Now, of, Official, to, ZenFone8