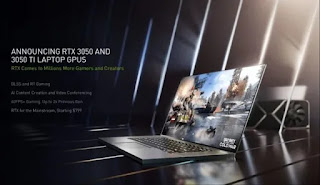 After months of speculations and wild rumours, NVIDIA is finally breaking its silence and making the GeForce RTX 3050 series official. As per earlier reports, the series comprises two GPU models, the RTX 3050 Ti and RTX 3050, and will only be available as laptop GPUs.

Specs-wise, both the RTX 3050 Ti and RTX 3050 are based on NVIDIA’s Ampere architecture and feature 4GB GDDR6 graphics memory. Additionally, both cards utilise a 128-bit memory bus and like all RTX 30 series GPUs, they are able to make full use of the PCIe 4.0 interfaces.

As they are part of NVIDIA’s RTX family, both the RTX 3050 Ti and RTX 3050 are also capable of real-time ray-tracing and also support the GPU maker’s DLSS anti-aliasing technology. 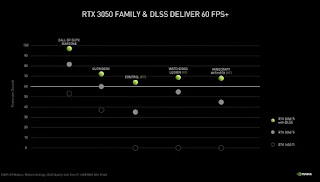 NVIDIA’s GeForce RTX 3050 GPUs should be available starting this month, with the GPU maker’s brand partners launching their latest gaming laptops that are also being launched right now. To that end, these laptops are also being paired with Intel’s latest 11th generation Tiger CPU lineup.

at May 15, 2021
Email ThisBlogThis!Share to TwitterShare to FacebookShare to Pinterest
Labels: for, GeForceRTX3050, GPUs, Laptops, Launches, NVIDIA, Series