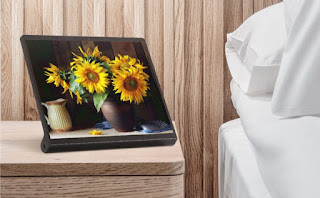 Lenovo first teased its new Yoga tablet last week, which was revealed to feature a HDMI-in function for allowing it to double as a supplementary or portable display. The company has recently released several more teasers featuring the device on Weibo, along with some tidbits of its specifications.
While its official name has yet to be revealed, it is suggested by website SeekDevice that the new tablet will be known as the Yoga Pad Pro 13. From the Weibo posts, Lenovo confirms that its new device will feature a 13-inch display with 1440p resolution, 120Hz refresh rate, and Dolby Vision support. The company also revealed that its display supports up to 4,096 levels of pressure, therefore making it ideal for sketching and jotting down notes – with a stylus, most likely. 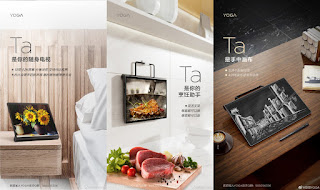 The Yoga Pad Pro 13 will feature quad-speakers with Dolby Atmos support. These are apparently housed in the tubular kickstand located at the bottom of the tablet. Besides the aforementioned HDMI-in port, it will also come with two USB-C ports – likely for charging and connecting external peripherals.

Lenovo did not reveal what’s powering the tablet in terms of performance, but SeekDevice speculates that it may come with a Snapdragon 870 chipset. Should that information be accurate, then it’s likely that the device will ship with Android rather than the Windows operating system. 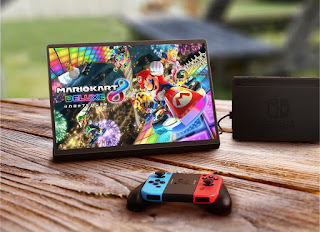 In any case, we’ll be finding out more regarding the Yoga Pad Pro 13 later this month. As noted by Lenovo in its recent post on Weibo, the tablet will see a launch in China on 24 May 2021.
at May 17, 2021
Email ThisBlogThis!Share to TwitterShare to FacebookShare to Pinterest
Labels: Details, Equipped, HDMI-In, its, Lenovo, New, of, Reveals, Tablet, YogaPadPro13