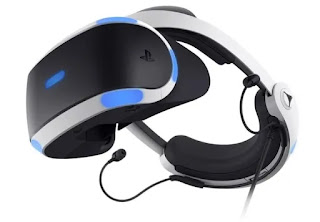 Back in February, Sony Interactive Entertainment confirmed that it is working on a next-generation PS VR for the PS5. At the time, one major improvement that the company announced is ease to use, using only a single-cord connection. Now, insiders have shared what may be more improvements to the new generation VR headset.
Sources to UploadVR claim that the new PS VR will come with what is quite close to 4K resolution. Though more specifically, it is 4000 x 2040, or 2000 x 2040 per eye.

It will also come with the kind of gaze detection tech that Apple’s mixed reality headset will reportedly come with. Called foveated rendering, this allows the headset to fully render parts that a wearer is looking at, while rendering things in the peripheral vision to lower graphical processing load. 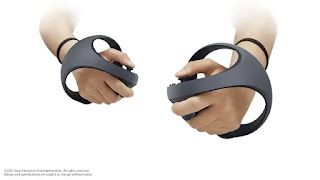 One other feature that the sources claim the new PS VR will have is haptic feedback. This is done via a motor in the headset. Combine this with the new VR controllers and users will basically get the complete haptic feedback package for VR.

It all sounds like taking the best parts of the DualSense and putting them into the new PS VR system. But it will be awhile before we hear any confirmation by Sony on these. As we reported before, the company is not aiming to launch the new generation VR headset this year.

at May 15, 2021
Email ThisBlogThis!Share to TwitterShare to FacebookShare to Pinterest
Labels: 4K, Feature, gazetracking, Next-Gen, PSVR, Resolution, to